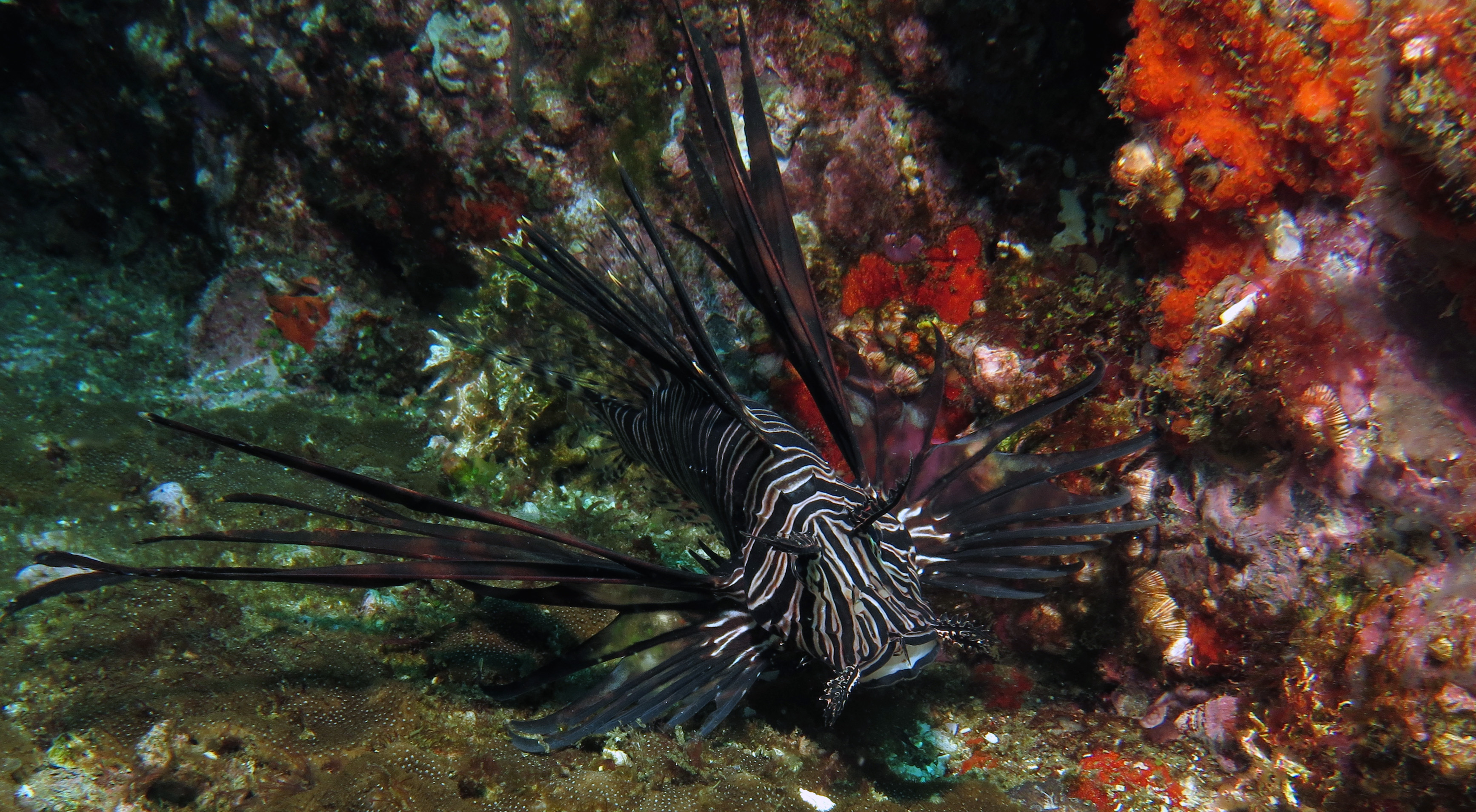 2Wild had another slow trip out to South Solitary Island this morning due to the easterly swell still pumping. Buchanans wall was decided for dive one, visibility had improved overnight, lots of marine life was seen down the wall and around Cable Trail. Green Turtles, Black Cod, schooling Blue Fusiliers, pomfreds, Nudibrancs, and some huge Wobbegong Sharks were sighted.
After morning tea “2Wild” ventured up to the northern end of the Island, all divers dropped in on Cleaner Station making the way to South Boulder. There was a little surge  underwater but all divers had a great dive, Eagle rays were seen, Slipper lobsters, Lionfish, schools of  Tarwhine, Goatfish, Bullseyes, and at least half a dozen Black Cod spotted down the Wall.

Congratulations to Keira and Jack on Completeing There PADI Open Water Diver Course.