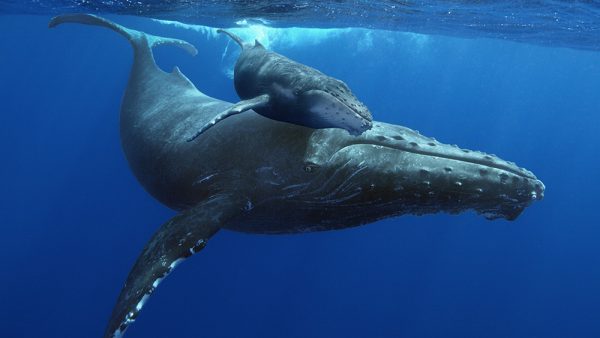 Diving in Coff’s Harbour is unlike diving in any other place on Earth. Coff’s harbours unique location means that we see both tropical and subtropical marine life as the warm waters of the Great Barrier Reef meet the cooler waters from Sydney and below. Not only does this mean we see an incredibly diverse range of marine creatures, we also have diverse topographies, corals and even some species which are unique to this phenomenal region!

One of the best examples of the tropics meeting the subtropics is when we dive around the Solitary Islands Marine Park. These dive sites offer a plethora of marine life – some of which is spotted all year round plus we see additional species which come and go with the seasons – meaning that whenever you choose to dive in Coff’s Harbour you can rest assured that you are in for some special sightings! Here are some of our favourite marine life sightings which like us, love to frequent this incredible area of Australia… Grey Nurse Sharks are a vulnerable shark species which we are fortunate to see during the winter months.

Grey Nurse Sharks: The winter months brings with them subtropical shark species and one of our favourites is the grey nurse shark (Carcharias taurus), which is also known as the sand tiger shark. Grey nurse sharks are members of the carpet shark family and can easily be recognized by their characteristic conical snout and underhung jaw. Both jaws are laden with sharp, long and pointed teeth. Grey nurse sharks are thought to live for between 30 and 40 years and grow to about 3.2m in length. The grey nurse shark is one of Australia’s most endangered marine species with about 1000 individuals thought to remain within the east Australian population (one of only two populations in Australia). The grey nurse shark was hunted almost to extinction during the 1950s to the 1970s due to its fierce appearance. Today, incidental capture by recreational and commercial fishing are the primary threats to the population here in Coff’s Harbour but thery are making a wonderful comeback and their numbers are now estimated to be in excess of 5,000. These are a majestic species of shark and one which are extremely fortunate to see in large numbers from June through to October as well as individual sightings throughout the year!

Giant Cuttlefish: If you like to see cephalopods then from May to July come and dive into Coff’s Harbour! Each year the Giant Cuttlefish first appears around May or June and when the water temperature drops to between 18 and 20 degrees in July their numbers increase even more and sightings are more frequent. The Australian giant cuttlefish (Sepia apama) is one of the largest cuttlefish species on Earth and it lives in subtropical waters. Like all cuttlefish species, it can change its colour instantly. During its three-year life span, this cuttlefish can grow up to 1.5meters in length. Giant cuttlefish grow up to 1.5 meters in length and can change colours instantly

Humpback Whales: During the winter months, from June through to October we are especially privileged to have humpback whales (pictured at the top of this page) frequent our waters in Coff’s Harbour. During this period we are able to offer whale watching tours and whale swims – which are truly the experience of a lifetime. There are few places on Earth where you can swim with humpback whales and even fewer that also boasts tropical marine life!

Manta Rays: Yes, it’s true! Manta rays are a tropical species and around March time our water temperatures are at their warmest which is when we often see manta rays passing through on the tropical East Australian Current. These graceful rays are a highlight of any dive and always guarantee lots of smiles on the boat! Leaf Fish: This tropical critter is actually a species from the scorpionfish family and it is also a highlight for any macro underwater photographer. Leaf fish display a variety of colurs from white (pictured below), brown and black through to yellow, green and pink! The best time for seeing this species is between January and March.

Leopard Sharks: The sand-dwelling leopard shark can be seen around Coff’s Harbour during the summer months from November through to March. Known for its distinctive dark spots and saddle type markings, the Leopard Shark (Triakis semifasciata) is known to live up to 30 years, taking more than a decade to reach maturity. They generally only grow to about 4 or 5 feet (in rare occasions they can reach 6ft) and the heaviest ever recorded weighed in at 40lbs.

Anemones: And we don’t just mean one or two! One of our favourite dive sites is actually named Anemone Bay due to the carpet-like coverage of anemones which is found there. Anemone Bay is actually the largest aggregation of Anemones and anemonefish in the Southern Hemisphere! We have an endemic (it belongs here more than the Barrier Reef) species called Blue-lip Anemone Fish or Wide Band Anemone fish (Amphiprion latezonatus). Other notable tropical and subtropical species which can be seen around Coff’s Harbour include: lionfish, several species of moray eels, an array of nudibranchs, black cod and the list goes on! This is a truly special diving location which offers more than either the tropics or the subtropics alone – and you just never know what you will see next. One thing is for sure – diving in Coff’s Harbour is never dull and always full of surprises!

Are you planning your next scuba dives in Australia? Are you trying to decide between tropical diving or the subtropics? Don’t decide when you don’t have to – join us in Coff’s Harbour for the unique opportunity to experience the highlights of each in one incredible trip!

For more information about diving with us, taking a PADI course, or joining us for whale watching and whale swims, email us on mail@jettydive.com.au or fill in the contact form at the bottom of this page.

We look forward to scuba diving Coff’s Harbour with you soon!